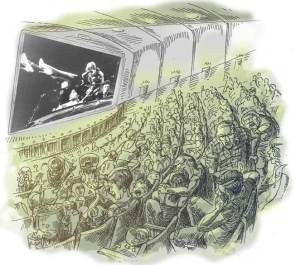 Le Champo – Espace Jacques-Tati 51 Rue des Écoles
arthouse cinema in the Latin Quarter of Paris.
It is notable for being a favorite haunt of important figures in French cinema history

Studio des Ursulines 10 Rue des Ursulines
one of the oldest cinemas in Paris to have kept its facade and founder’s vision: to offer a venue for art and experimental cinema