Eiffel Tower
La Tour Eiffel (9:30 to 11:00pm)
The Eiffel Tower’s Voice: Stefania Rousselle (Arts: New York Times)
Surprisingly, it may be difficult to spot the Eiffel Tower from most streets of Paris. A great perch for viewing the Paris skyline is from the front balcony of the Pompideu Center. Another great view of the Tower is from beneath it.
Our favorite moment at the Eiffel Tower was jogging early in the morning before dawn. This area along the Seine is open, with an iscolated even dangerous feeling.
The rest of the time, this area is mobbed by tourism The neighborhood atop Butte Montmartre is even more congested but to us more acceptable because of it’s artistic, bohemian aire and its spiritual proximity to the Basilica Sacré-Cœur. And far in the distance you will spot the tiny Eiffel Tower.

Arc de Triomphe
L’Arc de Triomphe de l’Étoile (10 to 10:30pm)
10 Things to Do in Paris: The Arc de Triomphe (Time Magazine)
We have never been up the Eiffel Tower, and don’t have immediate plans
(we have never conquered the Sears “Willis” Tower in Chicago either)
However, we love climbing the spiral staircase up-into L’Arc. It is a good work-out and we get a kick out of the antiquated bathrooms at the top. The roof is no-big-deal; it feels so barren and often wind-swept. Even so, we climb it every year – this attraction is included with the Paris Museum Pass

Napoleon’s Tomb (Les Invalides)
Musée de l’Armée Invalides (10:00am to 5:00pm)
Dôme des Invalides (a view on cities)
When you cross the Seine on le Pont Alexandre III, one of the more extravagant bridges in Paris, you might ask about that building with the Baroque dome, behind an intimidating espalnade (front yard) on the left bank (towards the Eiffel Tower) I overheard some Americans refer to this site when they talked about their place near “Napoleon’s Tomb.” It was several years before we ventured inside.  Sometimes it’s frustrating, circling a huge building just trying to find the entrance.
But, you must visit the tombs at Les Invalides, in the back, farthest away from the river Seine.
Pronounced Lays-AHN Vel-LEED, admission included with the Paris Museum Pass

The Panthéon (10 to 6:30pm)
The Pantheon is an enigma. It is a magnificent building on a prominent setting, up on a hill on the left bank. We stayed in the 5th Arrondissement (Pantheon) during our first visit to Paris and climbed up toward the Pantheon from the Maubert – Mutualité (Paris Métro Station). Inside, is a large space with a lofty ceiling. It feels like a place of honor, everything in of a grand scale, but unremarkable. Large mural sized painting cover the walls. The most interesting feature is a model of the Foucault Pendulum, swinging from the ceiling, initially in 1851. This demonstration was conceived to show the rotation of the earth. 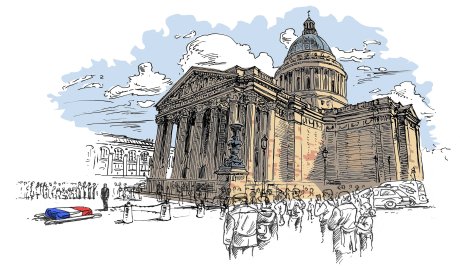 We also like descending down into the crypt. This is an expansive series of vaults, limited statuary, each area looks similar. What interests us is our limited knowledge of these figures honored here. We all know of the Curries and Braille. Rousseau, Voltaire, Hugo and Dumas are figures that we want to be more familiar with. And there is a long list of people who define the history of Paris.

The Paris Pantheon and its Crypt 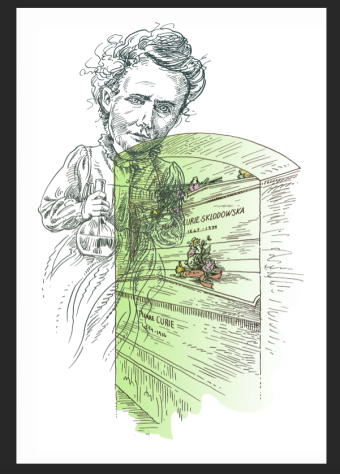 Place Clemanceau
Paris is littered with Buildings, Statuary and History. We only traveled under the Clemanceau Metro Station for many years. Then, while running Champs-Élysées during the marathon, noticed a Statute of Charles de Gaulle along the way. Finally investigated the Grand Palais, Petit Palais, their art collections and statuary in this area constructed initially for the World’s Fair