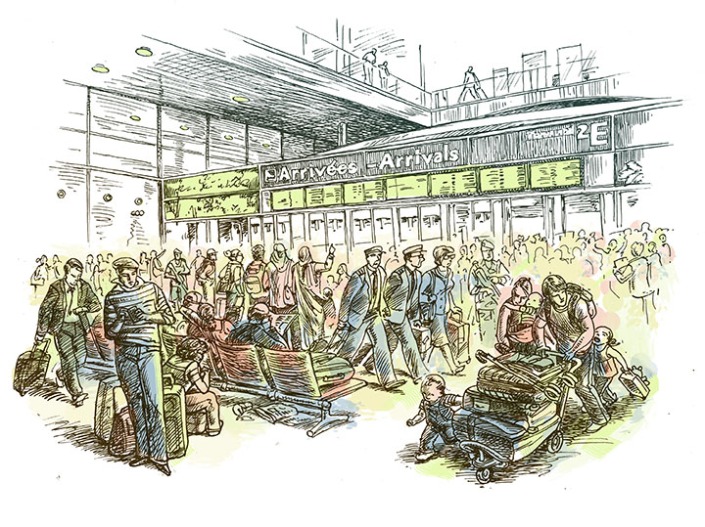 If you are not going . . . it is never too late to join us. Because of unfortunate events in Paris, hotel rooms and air flight seats may have become available.

We have experienced increased web traffic over the past weeks because of Paris terrorism, but whether you go is your personal decision. For us, it’s a no-brainer – Paris may be the safest place to be. Obama is going to Paris today for the Climate Talks

Now is a good time to review hotel reservations and flight plans and investigate events and shows and maybe modify our itinerary.

The Opera Comique, is another recommendation, where we found fine affordable seats, comparable to good seats at Church Concerts, and much less expensive than dance or music events at major venues. Unfortunately the Opera Comique is closed for renovation this year.

A trip to Paris is an exercise in logistics, planning every moment to maximize the utility of our annual trip. Over time, we’ve realized that what we stumble upon during periods of disorientation is just as important as structured. Accordingly, there will be occasional walkabouts – excursions without a plan.

This entry was posted in Travel.