Courtyard within the walls of the Denon Wing

At the base of the ramp are four statues of mastiffs

Of the six (6) internal courtyards (enclosed on all four sides within the Louvre, this is the only courtyard which is not covered.
(Perhaps this is a potential area for expansion, to cover and increase the area of display) 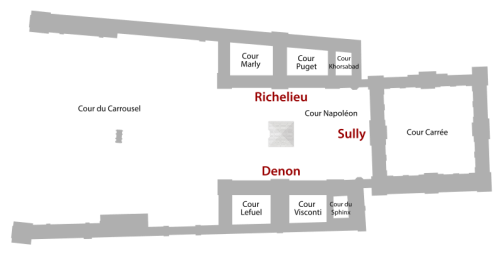 Named after French Architect Hector Lefuel
Who is known for completion of the Palais du Louvre, including the reconstruction of the Pavillon de Flore after a disastrous fire