Great Sphinx of Tanis (Old Kingdom, 2600 BC, Old Kingdom) The Egyptian appellation for a sphinx was Shesep-Ankh, or “Living Image”, a symbolic representation of the close relationship between sun god (lion’s body) and king (human head). This one was inscribed with the names of the pharaohs Ammenemes II, Merneptah & Shoshenq. Excavated in 1825 among the ruins of the Temple of Amun at Tanis, it’s one of the largest sphinxes outside of Egypt.
BonjourParis.com 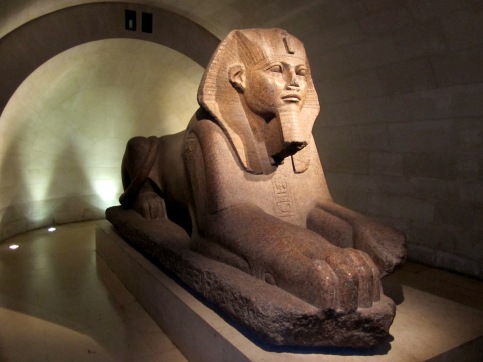