“I am never angry when contradicted; I seek to be enlightened.”
—Napoleon

So famous, that he is known only by his first name

Napoleon lived at the Louvre, with the Mona Lisa in his bedroom
(he renamed the Louvre: Musee Napoleon for a period) 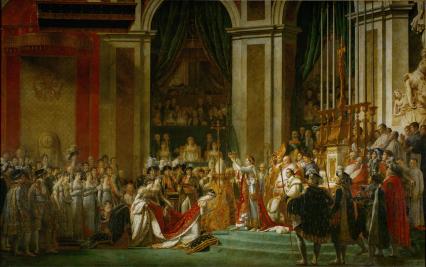 Even though he was banished for a while, Napoleon is back in Paris
Paintings at the Louvre
On top of the Column at Place Vendôme
In 1840 Napoleons remains passed under the Arc de Triomphe on his way to his final resting place
Napoleon rests in a Tomb under the Golden Dome of Les Invalides 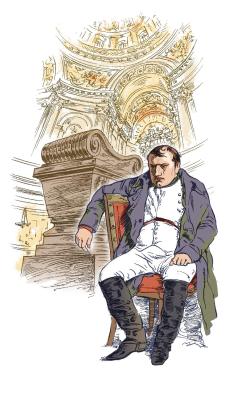 Napoleon’s last horse, Vizir a white Arabian stallion is taxidermied and on display at Les Invalides

Kings and Queens of France